Lo, There Shall Come a Halfway Point!

Aaaaaand it's Friday. Man, that was a long week. I don't know what it was--sunspot activity making people crazy? Maybe.

Yesterday was the Batman Year One test that wrapped up the first half of Creative Reading class. I've graded half the tests, and so far the students have done very well. This just goes to show you: assign a book about Batman, and you'll probably get a better response than if you assign, say, The Scarlet Letter. I don't know about you, but I did not like The Scarlet Letter when we read it in 11th grade. Maybe I should reread it, now that I'm older and wiser. Regardless, the point remains: people like to see Batman beat up criminals.

Today we played a review game. The class split into teams and I asked them questions drawn from the material we've covered. They could also, if they wanted, choose a general comics trivia question. The comics trivia questions were really easy--"What is Superman's real name?", for instance, and "What is the name of Charlie Brown's dog?" The hardest question on there was probably the one that asked for the name of the artist who drew Tintin, but we talked about that on Monday.

In my first class, the winning team got a bag of candy. At the end of the day I was out of candy, so the second time I did this I gave the winners a few points of extra credit. In both classes, the score stayed close the whole time. It was some pretty thrilling competition.

Next week, the second half of Creative Reading class begins! Get ready for thrill-packed action like you've never seen before! 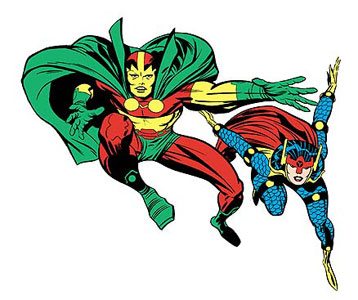 Email ThisBlogThis!Share to TwitterShare to FacebookShare to Pinterest
Labels: batman year one, the scarlet letter