The Book Is Better than the Movie

Can you believe I didn't post anything yesterday? How embarrassing. In case you were wondering, we spent yesterday finishing up the last chapter of Understanding Comics.

Overall, the students are not big fans of the book. You would think teenagers would be eager to read an investigation into an art form's history, mechanics, and aesthetics, but . . . okay,  no, you probably wouldn't think that. Why would you think that? I should have realized they would find it boring, but I was blinded by the fact that I loved Understanding Comics when I was their age. It was published during my senior year of high school. I remember reading previews of it in Amazing Heroes and The Comics Buyer's Guide, and I couldn't wait to get a copy. I bought it as soon as it came out and probably read it in one sitting. It blew my mind. I guess I had hoped it would have a similar effect on my students, but sometimes I forget that I was not a normal teenager. 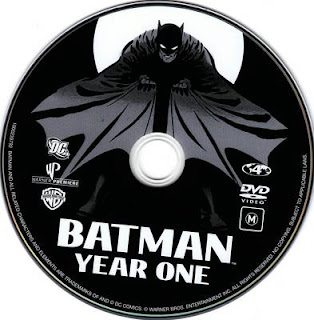 In other news, the animated adaptation of Batman Year One just came out a week or so ago. This is serendipitous, as we just finished reading Batman Year One a couple of weeks ago. It was clearly a sign, perhaps from the gods themselves, so I bought the DVD and we're watching it in class. I'm having them list differences between the book and the movie, but it's a very faithful adaptation, so we haven't found many so far. One thing I noticed is that Gordon smokes in the book, and so far the movie is tobacco-free. And they cut narration and dialogue. Some of that old school Frank Miller writing works great on the page, but is not so hot when spoken aloud.

Blah blah blah. It seems like every one of my blog posts ends up being about Understanding Comics and/or Batman Year One. Soon, dear reader, soon I will move on. Starting in just a few days, every blog post will be about Persepolis.
Posted by LC at 7:49 PM