Stardust Has No Weakness

Yesterday I bought a copy of the brand new Justice League #1. Today I took it in and showed it to my students as an example of a modern comic book. Some of them seemed to find it interesting, which is good, because DC's whole goal here is to appeal to new readers. I found Justice League #1 pretty boring, but I'm in my late thirties and I've read about a million comics, so I'm not the target demographic. And I'm not a huge Jim Lee fan . . . but the kids like Jim Lee, right? 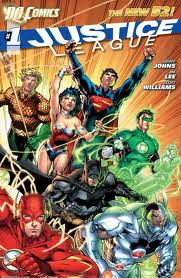 (In my day, a single issue of a comic would give you a ton of story. And if a comic was called Justice League, it would have the Justice League in it. But, again, not the target demographic. I hope this does well for DC.)

I've mentioned the writing assignment I gave, where students have to analyze that Stardust story. Part of the assignment is to compare Stardust to Superman. Today the class brainstormed similarities and differences. Here's what they came up with.

Similarities:
Superman and Stardust are both aliens
They are both superhumanly strong
They both fight crime
They both wear colorful costumes

I thought those were good points. Stardust is like Superman with the relatable human part stripped out, left as just a terrifying creature from beyond. 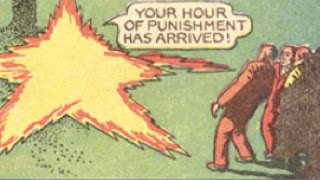