"Cops got it made in Gotham." 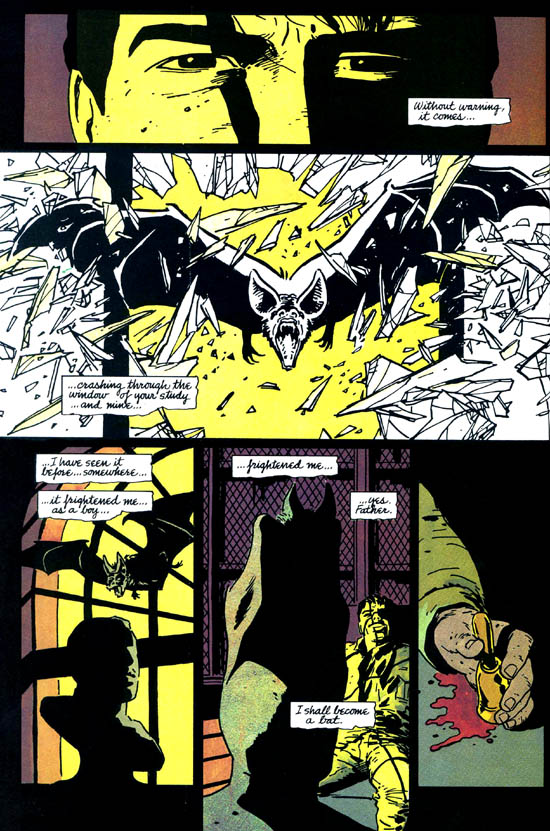 Today we started reading Batman Year One, by Frank Miller and David Mazzucchelli. A number of the kids requested that we read Batman and this is probably the best written and best drawn Batman story of them all. Mazzucchelli's artwork . . . man, Mazzucchelli's artwork. I don't know where to begin. Kids today like really busy artwork with a lot of detail and plenty of lines. They're wrong; this is the stuff, right here.

The first chapter (AKA the first issue; Year One was originally four issues of the Batman series back in 1986) tells how police lieutenant Jim Gordon first comes to Gotham City, on the same day that billionaire Bruce Wayne returns home after years abroad. At the end of the chapter, one of them has his life changed by a bat that comes crashing through his window; the other is mostly depressed.
As you would expect, some students enjoyed this and some grumbled about it. If you're not big on super-heroes, this is probably your most accessible option, as it's basically a crime story where one guy dresses up as a bat. I'm hoping the skeptical students will give it a chance. So far, though, it is at least more popular than "Frank and the Truth About Plenitude."
Posted by LC at 2:50 PM