Yesterday when I mentioned a step we were taking toward getting Creative Reading class approved, I wrote, "I have no idea if this is just a tiny formality, or the End of the Dream, but hopefully I'll find out soon." A few hours after that I got an email reassuring me that it was just a formality. So that's good, though I'll be happier once we get officially approved.

Anyway! As part of the approval process, I put together a list of texts for the class. Check it out and let me know what you think--what did I leave out? What should I have left out? What frightens and confuses you? Let me know in the comments!

Textbook
We will read, discuss, and frequently refer back to:
Understanding Comics, by Scott McCloud

Graphic Novels
We will read at least two of the following in their entirety:
Maus, by Art Spiegelman
Persepolis, by Marjane Satrapi
American Born Chinese, by Gene Yang
Watchmen, by Alan Moore and Dave Gibbons
Batman Year One, by Frank Miller and David Mazzuchelli

Supplemental Reading
We will read excerpts from the following:
Men of Tomorrow: Geeks, Gangsters, and the Birth of the Comic Book, by Gerard Jones
The Smithsonian Collection of Newspaper Comics, edited by Bill Blackbeard and Martin Williams
The Smithsonian Collection of Comic Book Comics, edited by Michael Barrier and Martin Williams
Kirby: King of Comics, by Mark Evanier
The Great Women Cartoonists, by Trina Robbins
I Shall Destroy All the Civilized Planets! The Comics of Fletcher Hanks, edited by Paul Karasik
A Contract With God, by Will Eisner
The Portable Frank, by Jim Woodring
Paul Auster’s City of Class, adapted by Paul Karasik and David Mazzuchelli
Little Nemo in Slumberland, by Winsor McCay
Krazy Kat, by George Herriman
Peanuts, by Charles Schulz
“A Dream of a Thousand Cats”, by Neil Gaiman and Kelley Jones
“This Man, This Monster!”, by Stan Lee and Jack Kirby
“The Girl in Superman’s Past!”, by Bill Finger and Wayne Boring 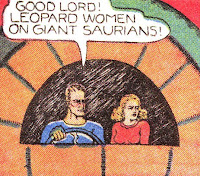