Today would be Jack Kirby's 94th birthday. Every year I find out it's Kirby's birthday on the day of, and vow to remember the date and plan some sort of celebration.  And I always forget. This has been happening for several years now. 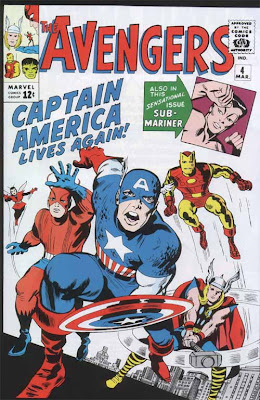 Jack Kirby, as you may or may not know, was the greatest American comic book artist of the 20th century. That's my opinion--some people may argue with the "greatest" part, but no one can argue that was one of the two or three most influential comic book artists. As with George Herriman, of Krazy Kat fame, the average person who sees his art for the first time will probably find it strange and possibly even ugly. When you invest yourself in the story, though, and get in the right mindframe, it becomes glorious and even addictive. Here's a sample of his artwork.  Look at that stuff! Once you accept the Spirit of Kirby into your heart, each drawing is like a mystical revelation.

Years ago, a few days after I started a new job, my manager Matt saw me reading a graphic novel. He asked me if I liked comics, and I said yes. Nothing unusual there. Then he said, "Have you read Jack Kirby's New Gods? It's one of the greatest things I've ever read." At that moment I knew Matt and I would get along great. Sure enough, he ended up becoming one of my best friends. (He's a talented artist, too.) 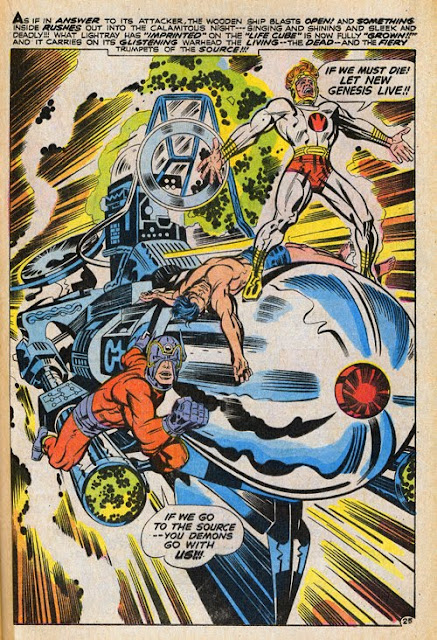 I decided to celebrate Jack Kirby Day by re-reading a couple of  favorites. One was "The Glory Boat," the climax of which can be seen above. The other was "Himon" from Mister Miracle #9. I've read it several times and I thought I knew what to expect, so I surprised by how much the story spoke to me, and how relevant it is to my life and my job.

Even though this school year has been going great so far, I still get frustrated from time to time about how hard it is to get students really interested in the material. They're all dealing with so many distractions, and have so many other concerns, it's hard for them to care about reading The Epic of Gilgamesh.

The story "Himon" is about a man who is a scientist and a dreamer and a teacher, who lives on the hell-planet Apokolips. The young people are, like everyone else, dedicated to the service of the tyrant Darkseid. Thinking for yourself is a crime. But even though the authorities are out to kill him, Himon is determined to show these young people a better way, to expose them to beauty, to free their minds from Anti-Life. It's exaggerated, obviously, but it's a metaphor for the importance of education, even in a society that doesn't always value it.

And if Himon can get shot and blown up for his troubles, and still keep on teaching, what do I have to complain about?
Posted by LC at 6:21 PM