Most of my Persepolis plans so far have involved reading passages from the book aloud, discussing it, and answering questions about it. Pretty straightforward stuff, but this morning I couldn't shake the feeling that I needed to mix it up. Doing the same thing day after day gets boring. And, contrary to what you may have heard, I don't deliberately set out to bore my students. So I looked around the house for some interesting book to show the students, and I hit on a theme.

We started out today talking about nonfiction comics. Most of the time when you think about comics, you think about fiction, be it Superman, or Charlie Brown, or Uncle Scrooge or whatever. But Understanding Comics and Persepolis are both nonfiction. I took in three other books to show them:

Art Spiegelman's Maus is, you know, the most famous and celebrated of graphic novels, and it's a real life story about the Holocaust.

Will Eisner's To The Heart of the Storm is an autobiographical story about Eisner's youth and about his parents' lives in the old country. It probably contains some fictional elements, but I wanted to include it because Eisner was one of the early autobiographical cartoonists and because this book is one of my favorites. I would have taught it, if I could have gotten enough copies from the library.

Joe Sacco's Palestine is a piece of comics journalism. Sacco listened to news stories about Palestine and wondered what they were leaving out, so he went there, talked to people, and made a comic about his experience. Comics journalism isn't ideal for up-to-the-minute reporting, but it can give you a different perspective on a complex situation. Palestine is great; if you get a chance, check it out.

I passed out the books, we discussed them, and then I gave the students an in-class writing assignment: Write a short essay about the advantages and disadvantages of nonfiction comics as compared to nonfiction prose writing. So, for instance, they could point out that comics can make a subject more accessible to the reader. At the same time, many people think of comics as kid stuff, so you might have a hard time getting people to take your nonfiction comic seriously.

That took up most of class. Afterwards we read the next chapter of Persepolis, "The Party." 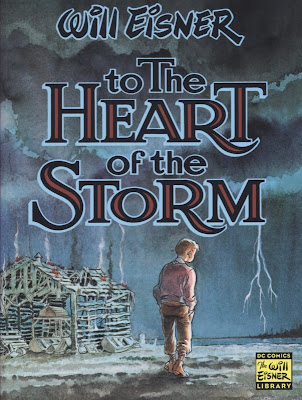 Email ThisBlogThis!Share to TwitterShare to FacebookShare to Pinterest
Labels: maus, nonfiction, palestine, persepolis, to the heart of the storm