My first goal in Film Studies class is to get across the idea that movies are incredibly complicated and expensive productions that are made by large groups of people. We've learned some film vocabulary, and researched specific movies, and now it's time to see what the process of making a movie is like. So today I started showing Lost in La Mancha. 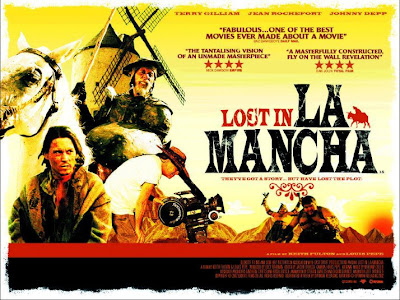 This is a documentary about the making of a movie called The Man Who Killed Don Quixote. The movie (spoiler warning!) was never made, but it would have starred Johnny Depp. 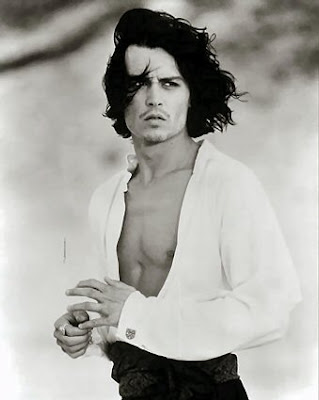 I don't know for sure, but I assume that's from a movie where Johnny Depp played a Romantic poet. Keats, maybe? I'm thinking Keats.

Most importantly, this hypothetical movie, The Man Who Killed Don Quixote, was co-written and (almost) directed by my favorite director, Terry Gilliam. 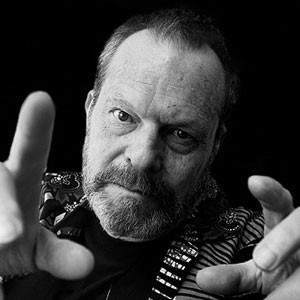 I'm not saying that Terry Gilliam is the best director in the world, just that his personal obsessions match pretty perfectly with mine, so I always find his movies incredibly engaging. All his movies are about the conflict between reality and fantasy. Generally, fantasy is show to be superior, but reality crushes it beneath its iron heel. I totally get that!
Posted by LC at 1:53 PM