The Good, the Bad, and the Indifferent

It's 2012, and my comics class done got up and went. Now I'm teaching Film Studies. I previously mentioned some of my concerns about teaching a movie class (and, when commenting on how I can never remember the difference between "pan" and "zoom", still managed to get it wrong). Students always say they want to watch a movie, but when you show them a movie, many of them suddenly have trouble paying attention.

On Tuesday, the first day of class, I started with a writing assignment: write about the last good movie you saw, and explain what made it good. After they shared what they had written, I showed them two clips--the opening of Once Upon a Time in the West, which is a ten-minute scene of some guys waiting for a train. I love Sergio Leone but, man, that scene is excruciatingly slow. Then I showed them the scene from The Matrix where they run through the lobby and shoot a lot of guys. The message behind this was simple: Do what I say, and pay attention in class, or I will only show westerns.

Sample Syllabus, if the students don't behave:
Stagecoach
High Noon
Rio Bravo
The Searchers
Fistful of Dollars
The Good, the Bad, and the Ugly
The Great Silence
Once Upon a Time in the West
Hang 'Em High
The Wild Bunch
Butch Cassidy and the Sundance Kid
McCabe and Mrs. Miller
Unforgiven
The Quick and the Dead
Dead Man
True Grit 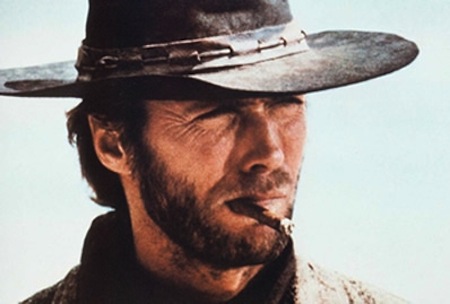