Fire up the engines, get your juices flowing, and transcend your outdated paradigms, as we get ready to ACTIVATE DOOMSDAY DEVICE!!!

In my introductory post I wrote, "I will be recording my thinking process, and hopefully people out there will chime in with suggestions. In two weeks—two weeks!—class will start, and then I’ll keep a record of how it’s going. My comics class will be your comics class. So let’s get brainstorming." It looks like I expected you folks out there to help plan the class and, I have to be honest, I feel like I ended up doing the vast majority of the work here. I'm not saying I'm disappointed in you, per se, just, you know, putting that out there.

While no one stepped up to plan the class for me, I am very grateful to the people who left comments and gave me useful feedback and/or encouragement. Encouragement is a great thing on those days when you feel like your noble comics experiment is doomed to failure. I would particularly like to thank Jeffrey, Josh, and Kim for their donation of real physical books to the cause. They certainly did not have to do that, but they did, and I can't thank them enough. Thanks again!


Early on I posted my mission statement for the class, which I copied from my original course title proposal, here. Sounds exciting, doesn't it? That version of the proposal met with rejection. The second draft was approved, though they want to cut out the whole "our students are constantly barraged by information" part. I don't blame them; that part was probably more rhetoric than useful description.

And while we're strolling down memory lane, remember the time I had the class read Stardust the Super-Wizard? Good times!

Serendipitously this, the historic 100th blog post, fell on my last regular day of Creative Reading class. Today the students who did not go yesterday gave their presentations. I'm pleased to report that every student, with the exception of a couple of people who were absent and will have to make it up next week, had material prepared and presented to the class. Then I thought I gave a short speech about the import of this, our last (regular, not counting testing week) day of class, which was amazing when I imagined it ahead of time, but didn't come out that great. It's a good thing I have a blog; now I can go on and on and on about this retrospective tomfoolery.

Overall my last (regular, not counting testing week) class was pretty anti-climactic. But after work I went with some friends to Terry's Turf Club, and LO! life was good. I tell you what, that place is MAGIC. A big ol' burger dripping with delicious provided a suitable ending to this noble experiment we call comics class. 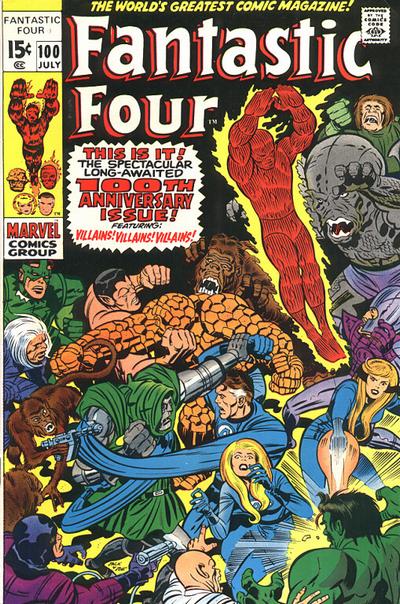