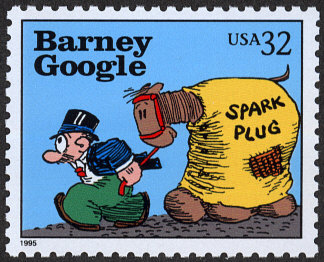 The other day I saw the movie Buck. It's a documentary about a man who travels the country giving horse training clinics. I know, it wouldn't have been my first choice either, but it's good. You see Buck go up to a horse that's giving someone problems, and he rubs the horse's neck, and maybe swats at the horse with a thin pole, and in minutes he's got the horse under control. He can train horses to do basically whatever he wants. And you watch him, and you see everything he does, and you cannot understand how he does it. It appears to be supernatural.

It would be easy to say that Buck has a natural gift, that he is spiritually connected to horses. But further into the movie Buck talks about his mentor, the man who taught him to train horses. Buck explains that he how he didn't know how to do it at first, but he wanted to learn, so he practiced and practiced. When he was good enough to start running his own clinics he still felt uncomfortable, like he didn't know what he was doing, but he kept at it, and eventually he mastered his chosen discipline. What looks like a natural ability is actually the result of hard work; what looks like magic is actually Buck picking up on cues that an untrained eye doesn't catch and responding appropriately. I find that encouraging. And, like most things, it made me think of teaching.

It's frustrating, because when you watch really good teachers in action you can't pinpoint how they do it. They have presence, they take command of the class's attention, they speak with authority, they make instant decisions and act on them. They make it look so easy and then when it's your turn to try you learn just how hard it is. The most important teaching skills are the ones that can't be taught, that must be practiced over and over and that only slowly develop.

When I was student teaching I watched my supervising teacher tell the class to be quiet, and they got quiet. When I told them to be quiet I used the same words he used, and tried to use the same tone, and it did not work at all. The students did not care what I had to say; there was a secret ingredient that I lacked. As I said, frustrating.

This is my fourth year teaching. At times I feel like I've finally gotten the hang of it, and at times I feel like I still have no idea what I'm doing. Today I looked around during one of my classes and thought, "This is going well." The students were working diligently and everything was going according to plan. It was tempting to feel like I'd finally figured out this teaching thing. But a week ago that very same class was awful--noisy, inattentive, disrespectful.

We like to kid ourselves that it's all about us, that when the class goes well it means we're doing a great job, but there are so many other factors. Some days a kid comes into the class angry and anything you say is going to set her off. Some days a group of students is willing to learn; some days they're not. You never really know how it's going to go. That's probably why I always feel so much dread on Monday mornings. I can plan lessons, and I can show up ready to do my best, but at a certain point it's really out of my hands. All I can do is keep showing up, keep trying, and gradually the good days will keep outnumber the bad.
Posted by LC at 2:34 PM